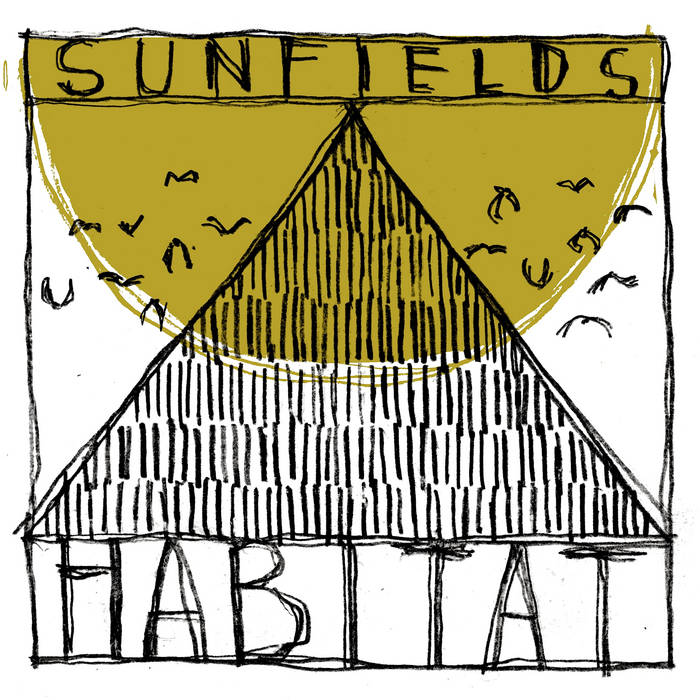 garyh. Just listen to my choice track, that's a better convincer than whatever I could type here. Favorite track: Kiss Shy.

Imagine Elliot Smith making out with Tom Petty in the back of Neil Young's van while listening to The Byrds.
Acid-laced pop Sunfields is the brain child of Jason Kent.
Their debut album, Palace in the Sun (2010) has been described as
'…the most overlooked album of 2010.' Their second album, HABITAT (2014), was described as "…blossoming like a field of poppies in a rainy English field." ... more

I was dying for a sound trying to make a dollar
Looking for some girls and all the words they holler
Waiting on a sound buried in some money
Voices underground don’t sound like anybody
Buried in the sound trying to get it to you
Oh Dear Mother, don’t tell me again
Track Name: Kiss Shy
Kiss Shy

It’s the hardest thing to tell you
But I really want to make you
Just another lost emotion, another affirmation
‘Cause your heart’s a heavy mountain
And it’s moving in slow motion

You know everybody’s broken
‘Cause hearts are always open
Just a miscommunication, to another station
But your heart’s a heavy mountain
And it’s moving in slow motion

Take me to your darkened door
Where the crows they heed no more
Take me down the silver line
Where the city always shines
Let me hear a drunken choir
Where the voices never tire
Night it come and then it hides
The sun will never burn your eyes
If you wake and it don’t shine
I won’t mind no I won’t mind
My love, she don’t wanna hear, My Love

Bury me under a tree, where the sun won’t bother me
Save your prayer for those who live
The ones whose love you take and give
I’ve seen your face a thousand times
Between these words, between these lines
Don’t forget that Holy Ghost
He’s the one you need the most
Track Name: Hungry Animals
Hungry Animals

God damn you were right, what’s dark now will be light
Like tall ships at night, your words just don’t sound right

When hands can’t feel to grip, and lips won’t seem to lip
And tongues are out of time, and words are out of rhyme

When minor is the key, and major is the plea
Like animals in heat, hungry in the streets
Hiding from the sun until it’s gone

Your words crow in your cheek, you talk but you don’t speak
Like animals in heat, lying in the street

When major is the key, and minor is the plea
And God damn all the tongues, whose words prey on the young
Hiding from the sun until it’s gone
Track Name: Mumbled Words
Mumbled Words

You say your named on rock and roll
Look at you know, you’re getting so old
No hands can make you come to shore
You’re living in sound but you still want more

Was born to live, made to die
I can’t forgive, but I’ll try

Love has taken every breath and left me in this mess
Without you I’m alone, I’m only skin and bones
Without a heart or home, Just like a sinking stone
Like magnets we can’t part, Cause you’re my sacred heart
And just like everyone, We’re buried in the sun

Bandcamp Daily  your guide to the world of Bandcamp